Leveraging on the existing is the greatest opportunity for a built-up country. And the most sustainable approach to urban regeneration. 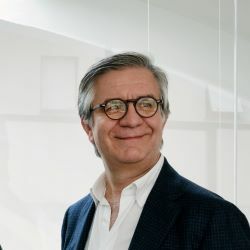 Biographical notes
Leonardo Cavalli graduated in architecture from the Milan Polytechnic in 1986. He began his career in London and after two years gained experience in academia both in Italy (at the Milan Polytechnic and the University Institute of Architecture in Venice) and abroad (at the Polytechnic of Southern California in Los Angeles). After working as a senior architect at Cino Zucchi Architetti (CZA) from 1990 to 1992, in 1994 he became a partner at the planning and masterplanning consultancy firm Systematica. He is now co-founder and Managing Partner of One Works, a global architecture and engineering company.