Cersaie 2018: Conferences and Seminars
THE PLAN Café - "The materials of architecture"

Meeting in italian language only 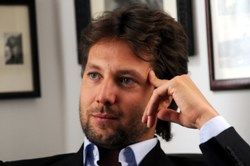 In 2001, Nicola Leonardi dall’Occa dell’Orso, engineer, along with his wife Carlotta Zucchini, founded THE PLAN, today one of the most authoritative architecture and design journals on the international scene. THE PLAN has 8 issues a year and a worldwide circulation in more than 60 countries. It is available in bookshops and newsstands, on subscription as paper version and as digital publication or on tablet as well (iOS, Android, Kobo). The portal www.theplan.it is today one of the most acclaimed architecture web site with over 3.000.000 unique visitors every year.

In 2003 THE PLAN EDITIONS was set up to gear the publication of special volumes and monographs on architecture and design.
In 2008, he founded another annual periodical, THE PLAN - URBAN DEVELOPMENT: its first edition - UD01 - came out as a special issue of THE PLAN focusing at large ongoing international urban development schemes and the attendant real estate.
Again in 2008, THE PLAN EDITIONS signed a strategic agreement with the Publishing House Thames & Hudson for the publication and international distribution of a series of single-theme volumes on architecture. A separate agreement for distribution within Italy was made with Scriptamaneant, Italian Publishing House specialising in art and architecture books.
In 2010 he launched the international architecture Forum PERSPECTIVE, a privileged platform for new business relations. Perspective is an annual venue, which has become an important and unique forum for architecture, the industry, real estate and construction world. Perspective is held in Venice for the European market and in New York for the American market.
Nicola has lectured widely and been an invited speaker at many conferences and architecture faculties both in Italy and abroad. He has chaired numerous events concerned with architecture.
Advisor to Milan’s Triennale Foundation for its “Italian Architecture Gold Medal” award, Nicola has served on the juries of several Italian and international awards, such as the World Architecture Festival Award, ’Ecole Special d’Architecture Award, ’Energy Performance + Architecture Award and the Leading European Architects Forum Award.
He has been chosen in 2008 among the experts to select the nominees for the Pritzker Architecture Prize Jury.
The Plan has offered its services as media partners to many architectural events.
Today Nicola is Publisher and Managing Editor of THE PLAN and Publisher of THE PLAN EDITIONS.

MILESTONES:
2001: Nicola Leonardi, engineer,founded THE PLAN magazine
2003:THE PLAN EDITIONS was set up to publish special volumes on architecture and design 2008:strategic agreement with the Publishing House Thames & Hudson 2010:launched the international architecture Forum PERSPECTIVE Nicola has lectured widely and been an invited speaker at many conferences and architecture faculties worldwide and chaired numerous events concerned with architecture.
Advisor to Milan’s Triennale Foundation, has served on the juries of several Italian and international awards.
2008:Pritzker Architecture Prize Jury. 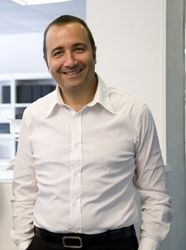 Architect, he teaches architectural design at the Department of Architecture,
University of Naples “Federico II”. In 1995, he founded corvino + multari with Vincenzo
Corvino, a practice based in Naples and with offices in Milan. The Pirelli Tower
restoration in Milan awarded him the Gold Medal for Italian Architecture (2006) and
the European Aluminium in Renovation Award (2007). 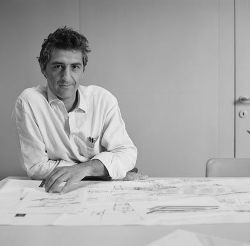 Benedetto Camerana is an architect, landscape architect, and holds a PhD in
History of Architecture and Urbanism. He was the director of the magazines “Eden.
Architecture in the landscape” from 1993 to 1997 and “Landscape Architecture” from
2001 to 2005. He was a speaker at the XXIII UIA World Congress of Architecture 2008.
He is also a member of the Board of Directors of Palazzo Grassi in Venice from 1996
to 2005. Since 2012, he is President of the National Automobile Museum, and since
2013 President of the Lingotto consortium in Turin. From 2015 he is a member of the
Metaphisical Club of the Domus Academy in Milan.