Following the long months of lockdown and enforced isolation during the Covid-19 pandemic, we have come to realise the importance of the tactile and sensorial aspects of architecture: the rediscovery of our bodies, colours, symbols and light.
In short, we have realised that architecture must once again become “sensitive”, offering comfort that goes beyond aspects of image or function. 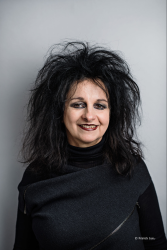 Biographical note
Odile Decqis a French architect and urban planner who rose to international fame in 1990 with her first major commission: La Banque Populaire de l’Ouest in Rennes, France. Since then she has maintained her combative approach while diversifying and radicalising her research. Receiving the Golden Lion for Architecture at the Venice Biennale in 1996 gave an extraordinary early boost to her career. Odile Decq’s work is more than just a style, attitude or process, it is a complete universe spanning urban planning, architecture, design and art.

She has received numerous awards, most recently the Jane Drew Prize in 2016 and Architizer’s Lifetime Achievement Award in 2017.

Odile Decq has been teaching architecture for over 25 years and has held guest professorships at a number of prestigious universities, including Bartlett University in London and Columbia University in New York. She has occupied directorships at schools of architecture such as the École Spéciale d’Architecture in Paris from 2007 to 2012, an experience that prompted her to found her own school in Paris in 2014.
Her latest projects include Antares tower (Barcelona, Spain 2021); The Twist offices building (Paris, France 2019); the Study Hall (Lyon, France, 2017); Le Cargo (Paris, France, 2016); La Résidence Saint-Ange (Seyssins, France, 2015); Fangshan Tangshan National Geopark Museum (Nanjing, China, 2015); GL Events headquarters (Lyon, France, 2014); FRAC Bretagne (Rennes, France, 2012); Phantom: Opéra Garnier Restaurant (Paris, France, 2011) and MACRO Contemporary Art Museum (Rome, Italy, 2010). 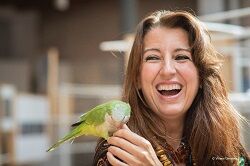 Biographical note
Benedetta Tagliabue graduated in architecture from the IUAV University in Venice and is the director of the international architecture firm Miralles Tagliabue EMBT, founded in 1994 in collaboration with Enric Miralles, with branches in Barcelona, Shanghai and Paris.

Some of her most important projects include the Scottish Parliament Building in Edinburgh, Diagonal Mar Park, the Santa Caterina market in Barcelona, the Campus Universitario de Vigo and the Spanish Pavilion at the 2010 Shanghai World Expo, which won the prestigious RIBA International “Best International Building of 2011” award.
Current projects include the Fudan University Business School in Shanghai, office towers in Xiamen and Taichung, HafenCity public spaces in Hamburg, Germany and the Clichy-Montfermeil metro station in Paris, France (1st prize in competition), and the Naples Central Metro Station in Italy, among others.
Her practice works in the fields of architecture, public space planning, interiors and industrial design.
Benedetta Tagliabue holds visiting professorships at a number of leading universities including Harvard University and Columbia University and is a regular speaker at architecture conferences. She also sits on various international competition juries, including the Pritzker Prize jury.