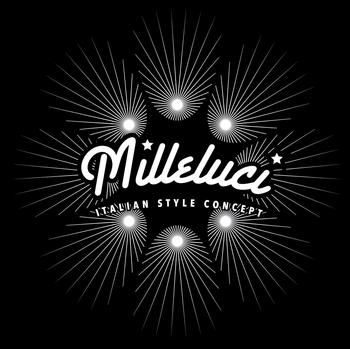 The exhibition and event

“Without light and shade and the scenery that it generates, there can no longer be any kind of design: all shapes become flat, resulting in characterless uniformity”

Cersaie’s fourth collective B2B exhibition is inspired by and named after milleluci, the seventies Italian television show famous for its original, ground-breaking format

The exhibition is inspired by the television variety show presented by Mina and Raffaella Carrà in 1974. And just as milleluci consisted of 8 episodes, each with a specific theme, so too the exhibition will be divided into ten thematic sets, each devoted to a specific cinematographic or theatrical genre

Just like previous years’ exhibitions, milleluci will help boost the economy by bringing selected high-end companies into contact with international buyers and a public of professionals constantly in search of new creative ideas

Visitors will find themselves immersed in a variety of scenarios as part of a multisensorial journey, where luminous atmospheres combine with classical forms and different styles to enhance matter, surfaces and product design. They will be catapulted into a famous spy story or an internationally acclaimed musical, a science fiction or horror film, a cartoon or a western

All with special light effects and visually striking scenery

Angelo Dall'Aglio born in Bologna in 1969, he graduated in architecture - industrial and interior design at the Politecnico of Milan; from 2015 he is a manager at Promos srl, the Cersaie show management

Davide Vercelli born in Varallo (Vc) in 1966, he graduated in engineering at the Politecnico of Turin; designer and art director, he received two mentions for the Compasso d'oro and fancy international awards:Design Plus, the International Design Awards and the Good Design Award www.davidevercelli.it