The Exhibit Bathroom Excellence 1998/2012-ADI Design Index@Cersaie 2013 explores the evolution of the Bathroom Furnishings through the selection curated by ADI Design Index. The evolution is also intended as a reflection of the modern habits and traditions. For this reason, the exhibit will evolve according to an historical itinerary from 1998 to 2012, showcasing more than 160 products created by over 80 companies and 110 well-known designers. 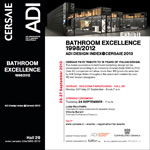 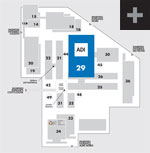 The exhibit will take place at Cersaie in the Hall 29.

We thank all the participating companies 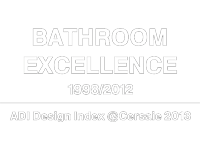